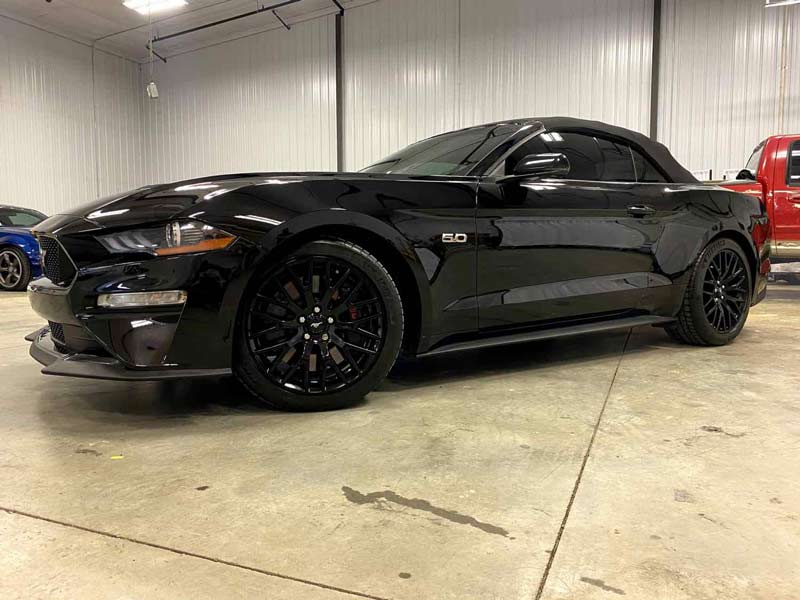 The Mustang is one of America’s most iconic cars. But where did they originate? The muscle car has been in continuous production since 1964 and is currently the longest-produced Ford car nameplate in its 6th generation. In 1965, the Mustang became the most successful vehicle launch since the Model A of 1927 with over 400,000 sold that year. The day of release, the Mustang sold 22,000 units, and would go on to create the category of the “pony car”. The first Mustang ever made was sold by accident - it was meant to be used exclusively for a dealership tour, but was accidentally sold to a customer in Newfoundland, who drove it 10,000 miles and eventually returned it to Ford. They were able to restore the Mustang and it’s now on display at the Ford Museum in Dearborn, MI.  The one-millionth Mustang was sold within two years of the model’s launch, and in 2018, Ford produced the ten-millionth Mustang.

With many competitors such as the Camaro, Firebird, Challenger, and more, the Mustang had a lot to prove. The first version, called the Mustang I, first debuted at the 1964 World's Fair.

To commemorate the success of the Mustang, the Mustang Owners Museum was announced in May 2016 and opened on April 17, 2019, in Concord, NC, marking the 55th anniversary. Mustangs were also used in notable movies such as Goldfinger, Diamonds are Forever, Gone in 60 Seconds, and Need for Speed.

The Ford Mustang almost wasn’t a mustang at all - other names were proposed such as Cougar, Panther, Colt, Stiletto, Comet, Allegro, and more. Lee Iacocca was the brainchild behind the Mustang, and also later went on to revive Chrysler in the 80s with the K Car. Whether you’re a fan of Mustangs or not, the history is fascinating and made the vehicle what it is today.

Looking for one yourself? Check out our current selection today.

Thank you! Your submission has been received!
Oops! Something went wrong while submitting the form.