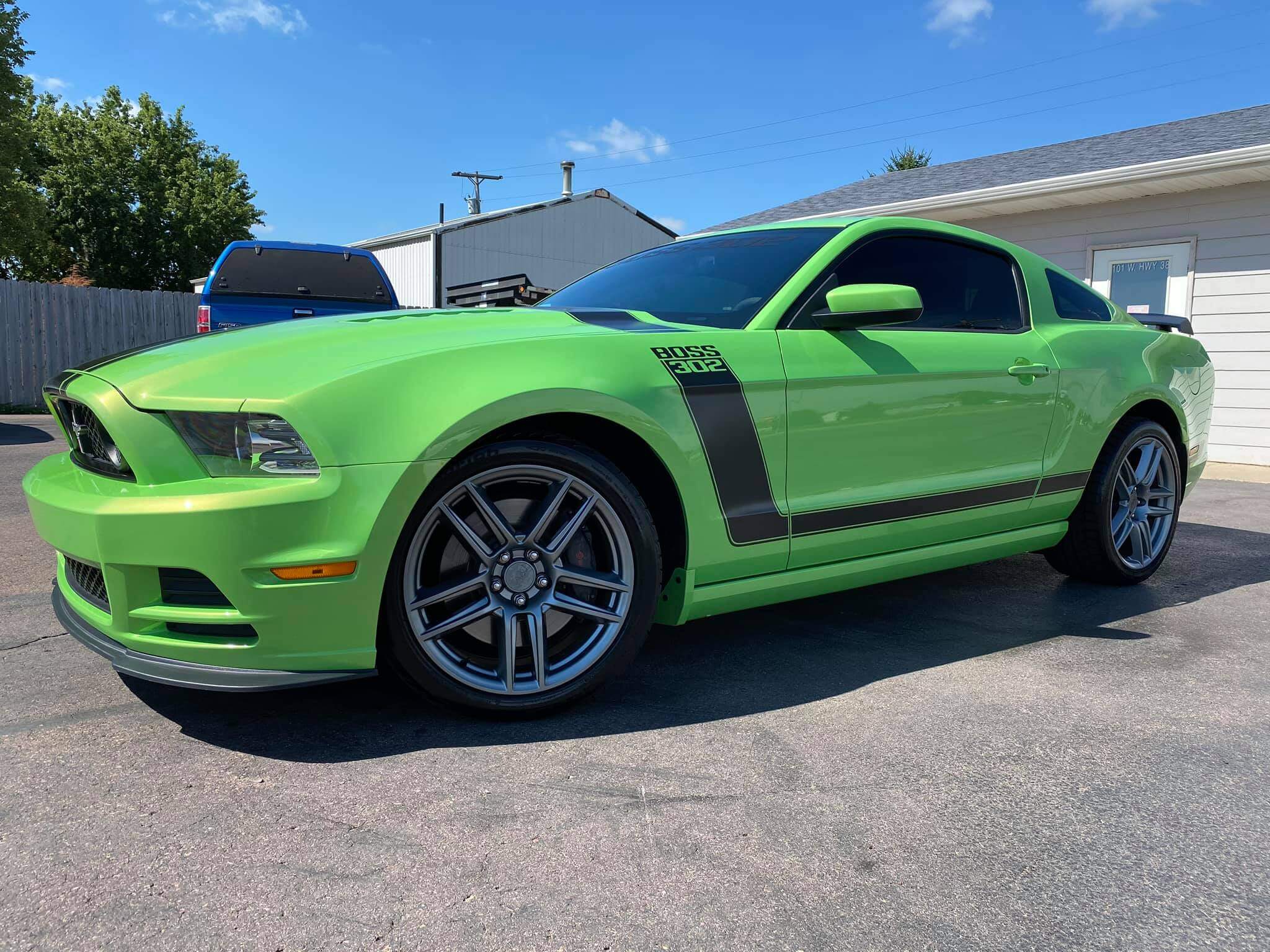 This beautiful Mustang was one of less than 800 Boss 302 Mustangs made in Gotta Have It Green. This car came out of Wisconsin to our lot, and was sold to someone in Denison, Iowa, who traded his 2016 Ram 1500 Laramie for this beautiful car. Featuring 444 Horsepower, 5.0 V8 mated to a 6 speed manual transmission, this vehicle is one of a kind. It has different drive modes - using a special Red Key, you could start the Mustang in track racing mode - reconfiguring many driving dynamics for optimal track performance. When it sold, this Mustang only had 9k miles.

For a little history on the Mustang Boss 302, it is a high-performance variant of the regular Ford Mustang originally produced in 1969 and 1970. Its powerful sibling, the Boss 429 Mustang, is another rare find. Ford revamped the name for a two-year production in 2012 and 2013.

During the 2012-13 revamp, Ford made some changes - higher-rate coil springs on the suspension, a larger diameter rear stabilizer, stiffer bushings, and the shock absorbers can now be adjusted using a screwdriver. It was also offered with an aero package inspired by the Boss 302R race car - 0=60 in 4.2 seconds!

The Boss 302 is a widely loved car, being reproduced as a toy and model, including Hot Wheels and Matchbox. It stands out with the “hockey stick” side stripes, chin spoiler, and rear louvers. Their rarity when first made speaks for itself - a pair of restored 1969 Boss Mustangs sold for $530,000 in 2007.

We were excited to have one of these rare vehicles on our lot - one we will never forget.

Thank you! Your submission has been received!
Oops! Something went wrong while submitting the form.